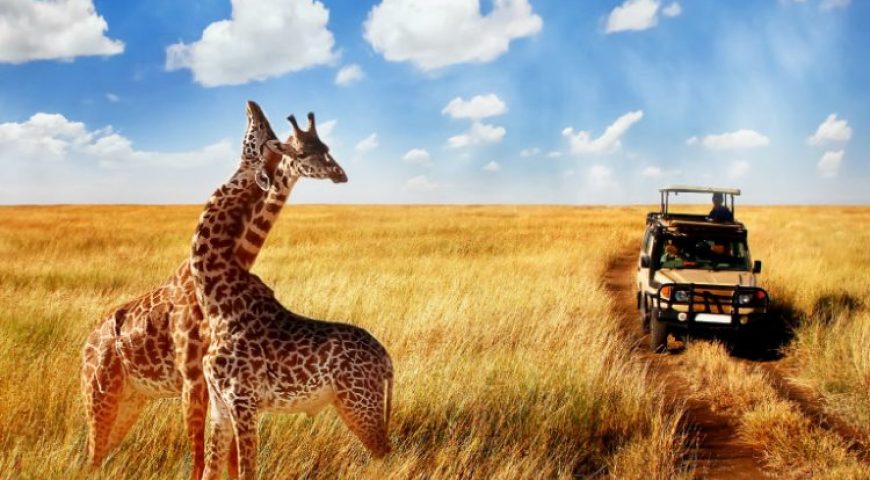 Tanzania Travel Blog | 13 Things To Know Before You Go

First of let me start with why you should visit Tanzania. It is flourished with natural wonders and has some of the most stunning geographical views one can witness. Whether you are a wildlife photographer or just love to capture nature’s essence with your phone to share on Instagram, every place to visit in Tanzania has amazing backdrops. You will be swept off your feet constantly: Africa at its best.

2. Best time to travel to Tanzania?

The best months for a Tanzania safari are from June to October, June and July for the wildebeest migration and January to February for calving season. In terms of the islandlife at Zanzibar then February is the hottest month when temperature rises to 28°C and July being the coldest when temperatures drop to around 24 °C. Pretty much Tanzania has a stable climate and it never gets really cold.

Almost all countries where my blog readers come from will need a visa for Tanzania: United States, United Kingdom, all of Europe, Australia, India, etc. There is now the option to apply for the Tanzania electronic evisa, where you can apply online by filling out a form.

5. Is it safe to travel to Tanzania

Although Tanzania is a safe destination for tourists, taking general precaution is advised. It is better to avoid isolated areas and always take official taxi’s. Book tours and trips from well-known companies and refrain from paying any additional fees in advance.

6. Buying a sim card in Tanzania

Something I definitely recommend you when traveling to Tanzania is to get a local sim card. It will save you a lot on high roaming costs and it gets you the best network and internet speed available. I wrote a complete guide for buying a sim card in Tanzania with up to date prices, network coverage, how to get a sim card and my own experiences. I recommend either Airtel or Vodacom.

7. Wildlife, safari and the Great Migration

Animals in their natural habitat are either witnessed in an open zoo or on television by most people. But when you visit Tanzania it is possible to get a glimpse of one of the seven wonders Mother Nature. The great wildebeest migration is one of the best things to see in Tanzania and takes place in Serengeti National Park. It is a once in a lifetime chance for researchers and wildlife enthusiasts who dream of witnessing this spectacular event. It is the time when millions of wildebeest, zebras and antelopes end up on the south of Serengeti and move towards Ndutu in the Ngorongoro Conservation area. Between July and August thousands of wildebeest are awaited by hungry crocodiles as they try to cross the Mara River. It is also the time when thousands of baby calves are born thus creating more reasons for other predators like lions, cheetahs and hyenas to follow behind for hunting.

Tanzania is also home to the big five (lion, buffalo, elephant, rhino, leopard) and Selous Game Reserve, the world’s largest game reserve housing over 120,000 elephants, 160,000 buffaloes, about 2000 rhinos and a dense population of crocodiles, wild dogs and hippos. Needless to see that paying a visit to this National Park is one of the best things to do in Tanzania.

For birdwatchers, Ruaha, Tanzania’s largest national park contains over 571 species of birds, some of which are rare to find. The park also houses sable, kudu and other animals and offers hot air balloon rides for a fun filled adventure. Something that still is on my own bucketlist as well. So when do we go on a Tanzania trip?

How to get to the Serengeti

The best way to get to Serengeti is via the town of Arusha. When traveling to Tanzania you might want to fly into Kilimanjaro International Airport (JRO) next to Arusha.

Where to stay in the Serengeti

For those looking for a luxury experience you can book a luxury safari tent in Asanja Africa in Serengeti National Park for a mere $480 per night, meals included. Mapito Tented Camp Serengeti offers a tent for $315.

Situated in Kilimanjaro National Park is Africa’s highest mountain: Mt. Kilimanjaro, standing 5,895 m/19,341 ft. above sea level and is usually on top of the list for aspiring hikers visiting Tanzania. The inactive volcano consists of 3 cones named Kibo, Mawenzi and Shira and is climbed by about 7,5000 people every year so it is a safe try.  I wish I had already done it and I could tell you more about it in this Tanzania travel blog, but it still is on my list of things to do in Tanzania.

For people preferring a mini adventure trip there is Mount Meru, located 70 kilometers away from Mount Kilimanjaro. Far less challenging and can be climbed/hiked within 3 to 4 days. May be not that adventurous but nevertheless something to consider for your Tanzania trip.

Whether your are a honeymoon couple, a group of friends, travelling with family or flying solo, Zanzibar has a place for you. The beautiful island are one of the most popular places to visit in Tanzania and no wonder. Its crystal clear waters, stunning beaches and, stunning resorts, B&B’s and lodges make it a heavenly place on earth.

There are two popular Zanzibar beaches: Nungwi Beach and Kendwa Beach. Nungwi is a perfect spot for swimmers as the low tides and the calm waters are very inviting. On top of that beach parties are also held at Nungwi, which are unlike any other parties. Don’t expect cheesy Western songs here. African music rules on Nungwi Beach. When you travel to Zanzibar, this is a must do. Just a stone throw away is Kendwa beach, the ideal spot for families and more laid back visitors looking for pristine beaches. If you’re someone who likes to take a back seat and watch the sun set while sipping a cool drink, you’re going to love Kendwa. Take a long walk along the coastline and see local kids playing on the beach.

Don’t forget to take a trip to Stone Town, the islands capital. Once ruled by the Arabs and now a melt pot of different cultures. The Swahili culture took over, but the remains of the old days are still there: historic buildings, monuments, bath houses and mosques.

How to get to Zanzibar

Although there are ferries from the mainland when on a Tanzania holiday you don’t want to loose that much time traveling. There are direct flights from Arusha to Zanzibar.

Where to stay on Zanzibar

Aluna Beach Lodge, Nungwi offers bungalows with garden views for around $100 and at Papaya Guest House, Nungwi you can already book a superior double room for $45.

The noble Maasai tribe abides in villages close to Serengeti and Ngorongoro Conservation Area. They stand tall, flaunting a vivid red cloth known as the Shuka, the tribe’s traditional dress, and invite welcoming guests to come and explore their country and culture. These people have lived on for centuries without adopting the modern world where we live in today. Needless to say that this is one of the cultural highlights of Tanzania and could not be excluded in this Tanzania travel blog.

One of the coolest things to do in Tanzania is to jump with the Maasai people in a jumping ceremony. The males gather to a song and the highest jumper is announced as the winner. Great fun!

Traditional African food is a fusion of Indian and Arab recipes. Zanzibar obviously has delicious seafood on offer. To taste the best freshly prepared seafood I can recommend you to go into the Stone Town night market where delicacies await to be tasted by the lively crowd. I read it myself in one of the many Tanzania blogs I researched before my trip and I think it was one of the best Tanzania travel tips I found.

If seafood is not your thing then try some native African cuisine such as Nyma Choma, prepared from grilled mutton, fish or chicken. It is often served with baked bananas on the side. Absolutely my favorites. Also try Pilau, a rice dish, which is heavily influenced by Indian style cooking and you know Indian food is my favorite. It is made from with either chicken, fish, mutton or hardboiled eggs, served with kachumbari, a salad prepared from onion, tomatoes and chili pepper. Can be spicy at times, just ask for it.

The street food is totally worth trying on your Tanzania trip and local markets are among the best places to visit in Tanzania to soak up some real culture.

Most tourists don’t leave a destination without taking home some gifts and souvenirs and along your Tanzania trip there will be countless shopping options. The Tanzanite is a violet blue semi-precious gemstone native to Tanzania and cannot be found anywhere else in the world. It is mined from the depths of Mount Kilimanjaro. Be careful if this is of any interest of you as there are many fakes ones around. It can best be purchased from authorized retailers in Arusha, where it is sold at the right price, with an internationally recognized gem certification.

13. Festivals and events in Tanzania

Sauti za Busara which means sounds of wisdom in Swahili, is an yearly music festival celebrated in Zanzibar hosting sessions of Swahili and African music genre. The festival is also graced by parades and carnivals for visitors to participate. The festival runs for four days and is attended by people from around the globe. The Sauti za Busara is always held in the beginning of February.

Another renowned yearly festival is the Serengeti Cultural Festival hosted at Serengeti National Park and Lake Zone. A theme is set to be followed each year and visitors get to witness traditional African art and dance. This festival is held mid July.

Zanzibar International Film Festival is another themed event held every year showcasing movies from the Middle East, Latin America and South East Asia along with African art movies. The festival is the largest film and arts event in East Africa and seeks to promote African movies for recognition across the globe. If you want to attend the Zanzibar International Film Festival then travel to Zanzibar mid July as well.

For food lovers the Nyma Choma Festival meaning ‘roasted meat’ is heaven. The event is held to celebrate the native African recipes and visitors get to taste a bite of barbequed ribs, T-bone steaks and grilled meat. It is the largest barbecue festival in the country and takes place in March.